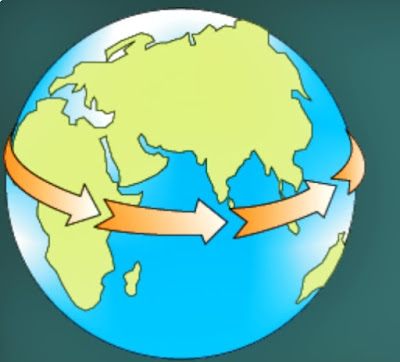 As you know that the earth has two types of motions, namely rotation and revolution. Rotation is the movement of the earth on its axis. The movement of the earth around the sun in a fixed path or orbit is called Revolution.
The axis of the earth which is an imaginary line, makes an angle of 66½° with its orbital plane. The plane formed by the orbit is known as the orbital plane. The earth receives light from the sun. Due to the spherical shape of the earth, only half of it gets light from the sun at a time (Figure 3.2). The portion facing the sun experiences day while the other half away from the sun experiences night. The circle that divides the day from night on the globe is called the circle of illumination. This circle does not coincide with the axis as you see in the Figure 3.2. The earth takes about 24 hours to complete one rotation around its axis. The period of rotation is known as the earthday. This is the daily motion of the earth. 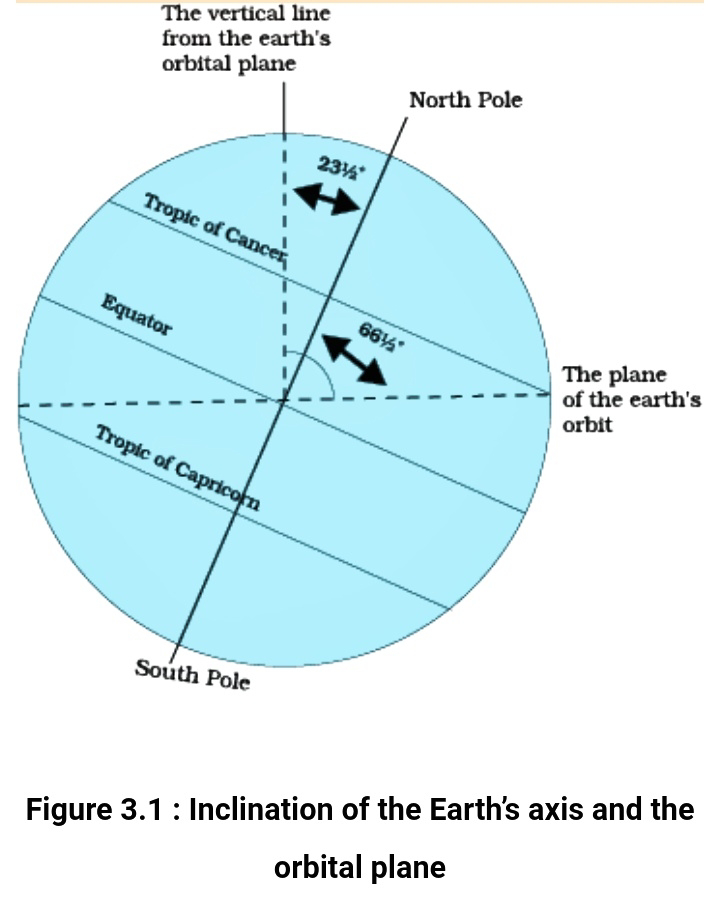 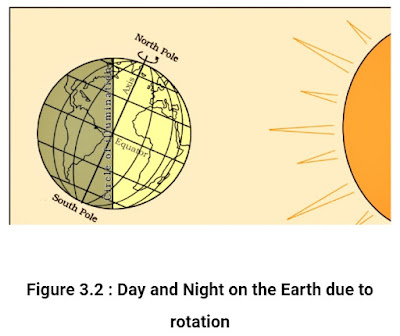 What would happen if the earth did not rotate? The portion of the earth facing the sun would always experience day, thus bringing continuous warmth to the region. The other half would remain in darkness and be freezing cold all the time. Life would not have been possible in such extreme conditions.
The second motion of the earth around the sun in its orbit is called revolution. It takes 365¼ days (one year) to revolve around the sun. We consider a year as consisting of 365 days only and ignore six hours for the sake of convenience.
Do you know?
The ancient Indian astronomer Aryabhata had stated that ‘the earth is round and rotates on its own axis’ 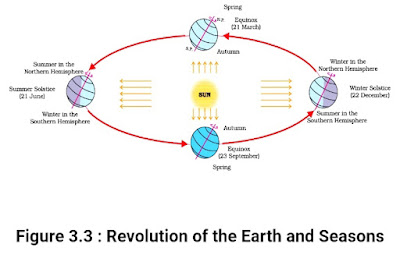 Six hours saved every year are added to make one day (24 hours) over a span of four years. This surplus day is added to the month of February. Thus every fourth year, February is of 29 days instead of 28 days. Such a year with 366 days is called a leap year. Find out when will the next leap year be?