In English the basic structure of a sentence is Subject + Verb + Object .

Now for a sentence to be grammatically correct, the verb must agree with the subject. In the other words the verb used must be in accordance with the persons and the number of subject. 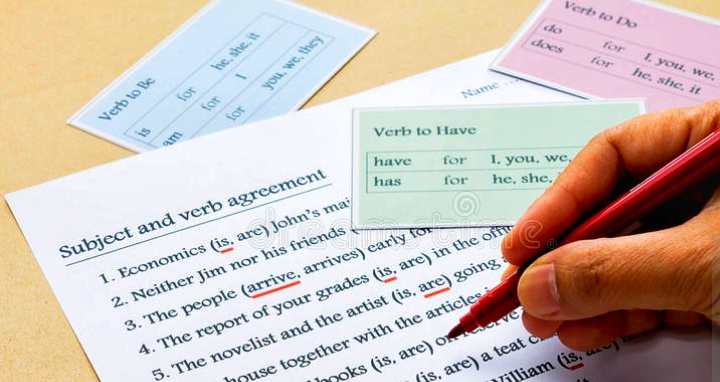