Biology is the science of life forms and living processes. The living world comprises an amazing diversity of living organisms. Early man could easily perceive the difference between inanimate matter and living organisms. Early man deified some of the inanimate matter (wind, sea, fire etc.) and some among the animals and plants. A common feature of all such forms of inanimate and animate objects was the sense of awe or fear that they evoked. The description of living organisms including human beings began much later in human history. Societies which indulged in anthropocentric view of biology could register limited progress in biological knowledge. Systematic and monumental description of life forms brought in, out of necessity, detailed systems of identification, nomenclature and classification. The biggest spin off of such studies was the recognition of the sharing of similarities among living organisms both horizontally and vertically. That all present day living organisms are related to each other and also to all organisms that ever lived on this earth, was a revelation which humbled man and led to cultural movements for conservation of biodiversity. In the following chapters of this unit, you will get a description, including classification, of animals and plants from a taxonomist’s perspective. 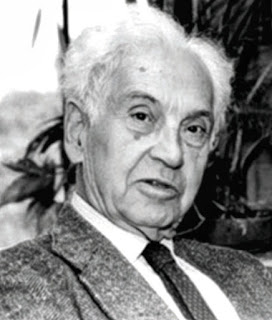 Born on 5 July 1904, in Kempten, Germany, Ernst Mayr, the Harvard University evolutionary biologist who has been called ‘The Darwin of the 20th century’, was one of the 100 greatest scientists of all time. Mayr joined Harvard’s Faculty of Arts and Sciences in 1953 and retired in 1975, assuming the title Alexander Agassiz Professor of Zoology Emeritus. Throughout his nearly 80-year career, his research spanned ornithology, taxonomy, zoogeography, evolution, systematics, and the history and philosophy of biology. He almost single-handedly made the origin of species diversity the central question of evolutionary biology that it is today. He also pioneered the

currently accepted definition of a biological species. Mayr was awarded the three prizes widely regarded as the triple crown of biology: the Balzan Prize in 1983, the International Prize for Biology in 1994, and the Crafoord Prize in 1999. Mayr died at the age of 100 in the year 2004.

2. Diversity in the Living World

The living world is rich in variety. Millions of plants and animals have been identified and described but a large number still remains unknown. The very range of organisms in terms of size, colour, habitat, physiological and morphological features make us seek the defining characteristics of living organisms. In order to facilitate the study of kinds and diversity of organisms, biologists have evolved certain rules and principles for identification, nomenclature and classification of organisms. The branch of knowledge dealing with these aspects is referred to as taxonomy. The taxonomic studies of various species of plants and animals are useful in agriculture, forestry, industry and in general for knowing our bio-resources and their diversity. The basics of taxonomy like identification, naming and classification of organisms are universally evolved under international codes. Based on the resemblances and distinct differences, each organism is identified and assigned a correct scientific/biological name comprising two words as per the binomial system of nomenclature. An organism represents/occupies a place or position in the system of classification. There are many categories/ranks and are generally referred to as taxonomic categories or taxa. All the categories constitute a taxonomic hierarchy.

Taxonomists have developed a variety of taxonomic aids to facilitate identification, naming and classification of organisms. These studies are carried out from the actual specimens which are collected from the field and preserved as referrals in the form of herbaria, museums and in botanical gardens and zoological parks. It requires special techniques for collection and preservation of specimens in herbaria and museums. Live specimens, on the other hand, of plants and animals, are found in botanical gardens or in zoological parks. Taxonomists also prepare and disseminate information through manuals and monographs for further taxonomic studies. Taxonomic keys are tools that help in identification based on characteristics.