Utkal Diwas (Odisha Day) is celebrated on April 1, 1936, in memory of the newly formed state as a state. Odisha is the first state in India to form a state on the basis of language. Madhusudan Das, Fakir Mohan Senapati, Gopbandhu Das, Neelkantha Das, Gangadhar Meher, Radhanath Rai, Basudev Sudhil Deb and Krishnachandra were among those who separated from the British rule and formed a “separate Utkal province” after the death of the late King Mukund Dev in 1568. Odisha was first formed in six districts of Cuttack, Puri, Baleshwar, Sambalpur, Koraput and Ganjam. 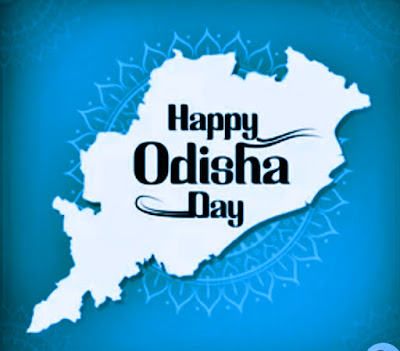 Hostory of independence of Odisha

Lots of movement like freedom movement, non cooperation movement, civi disobedience movement, prajamandal movement, quit India movement ect. By uniting our India through all these movements and making all our territories independent, our India became independent on August 1947.

The tide of the Non – Cooperation Movement swept over Odisha . Many youngmen left schools and colleges , some of the eminent lawyers gave up their legal profession , men like Gopabandhu Choudhury , Lingaraj Misra , Surendra Nath Das and Muhammed Hanif resigned from government jobs and Pandit Nilakantha Das gave up their teaching assignments of Calcutta University to serve in a national school . Utkal Gourav Madhusudan Das entered the Bihar and Odisha Legislative Council and became a Minister of Local Self – Government in January 1921 . He suggested to the government that ” To ensure the success of the reforms , it is necessary that the Minister of Local Self – Government should not draw any salary but should be an honorary worker ” . The Governor did not entertain such ideas in view of the administrative prestige of the ministers and consequently , Mr Das tendered his resignation in March 1923 .

Odisha came forward for a most vigorous struggle with the coming up of Civil Disobedience Movement . All over the long coastal belt of Odisha , there was an unprecedented popular enthusiasm to break the Salt Law and prepare salt in their own hand . At Inchudi in Balasore district , Salt Satyagraha under Surendra Natha Das became only the second to Gandhi’s Satyagraha in Gujarat in importance and impact . Smt Rama Devi , Smt Malati Choudhury , Acharya Harihar Das , Gopabandhu Choudhury , Atal Bihari Acharya , Govind Misra , Raj Krushna Bose , Smt Sarala Devi , Smt Annapurna Devi , Narayan Birabar Samanta , Birakishore Das , Lakshmi Narayan Misra , Smt Binapani Devi and Surendra Nath Patnaik among many others became the leading spirits of the Civil Disobedience Movement . In 1931 , the Odisha State’s People’s Conference was organised at Cuttack under the presidentship of Bhubananda Das . And by 1936-37 , this organisation proceeded to enquire into the people’s grievances in the states . Many ruling chiefs opposed such kind of activity and adopted anti – people measures to curb such movements .

These anti – people measures adopted by ruling chiefs in turn paved path for organised popular movements , such as the non – violent Satyagraha of the Nilagiri Praja Mandal to secure civil liberty for the people . An uprising in Dhenkanal took a serious turn . The most heroic role in the Dhenkanal uprising was played by Sri Baishnav Charan Patnaik . He carried the revolution to its logical end and made the Dhenkanal struggle an interesting episode in people’s mind . The movement spread to Talcher where the feudal systems like bethi or forced labour roused the suffering peasantry into action . Shri Pabitra Mohan Pradhan was in the forefront of this movement .

When the Quit India Movement began in August 1942 , Odisha played its full part in the revolution with widespread popular risings in remote rural areas . Laxman Nayak became a martyr in Orissa during the Quit India Movement . But the people carried on fearlessly as long as possible . Odisha earned the historic fame for the massacre of Eram in the district of Balasore where the largest number of people died in a single police action as compared to any such action in whole of India.

Final Phase of the Freedom Struggle of Odisha

In 1936, Odisha became a separate provide. general elections were held in the British Indian provinces in 1937 and in Odisha, the Congress on 36 seats out of 60 and thus made a way for the first Congress ministry under the leadership of Biswanath Das with two other ministers, Nityananda kanungo and Bodhram Dube. Constructive programmes taken up for the welfare of the common people in spite of obstacles created by the British control bureaucracy and the lack of adequate financial resources.
After the registrations of the Congress ministry, a coalition ministry was formed in November, 1941 with the Maharaja Paralakhemundi as premier and pandit Godavari Mishra and Maulvi Abdus Sobhan Khan as ministers. This ministry functioned for a little over two and a half years. The most noteworthy achievement watch the establishment of a University in Odisha, famous as the Utkal University.