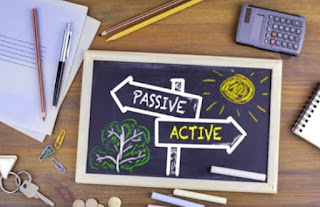 Voices is that form of a verb which tells us whether the subject does something or has something done to it.

(1) subject is placed  in place of object and object is placed in place of subject.
(2) “By” is used with a noun or a pronoun for showing doer or agent of some work.
(3) We can change voice of only a transitive verb, i.e., a verb with an object. We cannot change voice of an intransitive verb, i.e., a verb without an object.
Imperative sentences–
An imperative sentence is the one which expresses an order, request, command etc. An Imperative sentence takes the following form in passive voice.
1. Let + Noun + be + V3
Active– Shut the door.
Passive– let the door be shut.
2. You are requested/ordered/adviced etc
to + V1 + obj
Active- Please bring  a glass of water.
Passive- you are requested to bring a glass of water.
3. Sub + should + be + V3 + obj.
Active-  Respect your elders.
Passive- your elder should be respected.
Sentences with infinitive verbs take the following form in passive voice.
Active- To + V1
Passive- To + be+ V3
Ex
Active- We are to buy a new car.
Passive- A new car is to be bought by us.
Active- I have to find my lost pen.
Passive- My last pen has to be found by me.
Verbs like let, bid, help and make are followed by infinitives in passive voice.
Active- I made him complete all his work.
Passive- He was made to complete all his work by me.
When verbs are followed by adjectives following structure is used in passive voice.
Sub + verb + adjective + when + pronoun + helping verb + V3
Active- Mango test sweet.
Passive- Mango is sweet when it is tasted.
To make passive  from modal verbs, following structure is followed.
Active- Sub + Modal + V1 + Obj
Passive- Obj + Modal + be + by + Sub
Active- you should work hard.
Passive- hard work should be done by you.
For perfect
Active- Sub + Modal + have + V3 + Obj
Passive- Obj + Modal + have + been + V3 + by + sub
Active- I should have passed the exam.
Passive- the exam should have been passed by me.
Continuous and perfect continuous form of modal verb are not converted into passive voice.